The working group established to study the setting up of the network of centres of reference, namely its concept, criteria for identification and recognition by the Ministry of Health, as well as their implementation, financing models and integration in the hospital network and in the European reference networks, presented its final report on the 4th of April 2014.

Together with other institutions of the Ministry of Health, ACSS provides technical and scientific support to this Commission, currently chaired by Prof. António Ferreira.

For further information regarding the Centres of Excellence, please consult the NHS website. 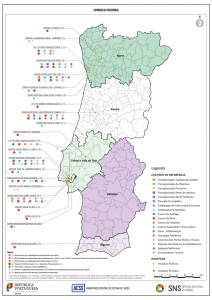