The Executive Board is the Central Administration of the Health System (ACSS) top body composed of a president, a vice-president and two members.

Currently, the Executive Board has the following composition:

President of the Executive Board | Victor Herdeiro 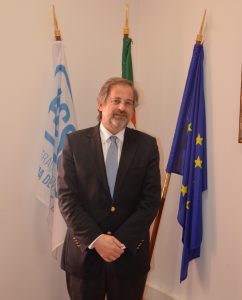 Other functions: He served as vice-president of the Agency for Clinical Research and Biomedical Innovation – AICIB, and held positions on the Board of Directors of the Local Health Unit of Matosinhos (ULS de Matosinhos), first as a member and then as president.

Victor Herdeiro was the vice-president of the Agency for Clinical Research and Biomedical Innovation – AICIB, since 2019. Previously, he was on the Executive Board of the Local Health Unit of Matosinhos (ULS de Matosinhos), first as a member and then as president.

He was also part of the National Commission for the Development of Outpatient Surgery and was a hospital administrator at Hospital Geral de Santo António and Hospital Infante D. Pedro – Aveiro.

With a degree in Economics from Universidade Católica Portuguesa, a Master of Business Administration (MBA) from 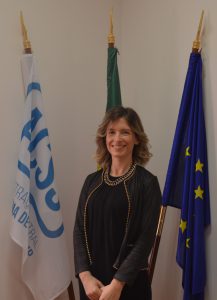 Previous experiences: Executive director of Banco Empresas Montepio (Montepio Investimento, S.A.) and was Managing Partner at Val F. Mon Consult, Lda., a specialized consulting company. Simultaneously, accumulated the responsibilities as an independent external consultant of the European Commission (Executive Agency for Innovation and Networks – INEA), and as an International Specialist at the Inter-American Development Bank. Before, she was a senior financial consultant at UTAP (Technical Project Monitoring Unit of the Ministry of Finance).

Member of Executive Board | Sandra Brás

With a degree in Management from Universidade Autónoma de Lisboa, Sandra Brás was appointed by the Order n.º 2810/2021, of 16th of March. 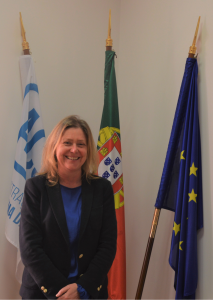 Member of Executive Board | Tiago Gonçalves